like the small rolled up lead sheet called the Plaga Mesopotamium, today preserved in the Archaeological Museum of Siracusa. The artifact was found in proximity of the Doric settlement of Kamarina and tell us about the sale of a vine of one hectar: a real official deed, attesting a woman, a wine seller, buying the land in the III century b. C. The Plaga is the most ancient evidence of the viticulture in the Ragusa region. Extending on the southern extremity of Sicily, the area has always offered extraordinary wines, especially in the province of Victoria, a city prospering on the wine trade from the XIX century. 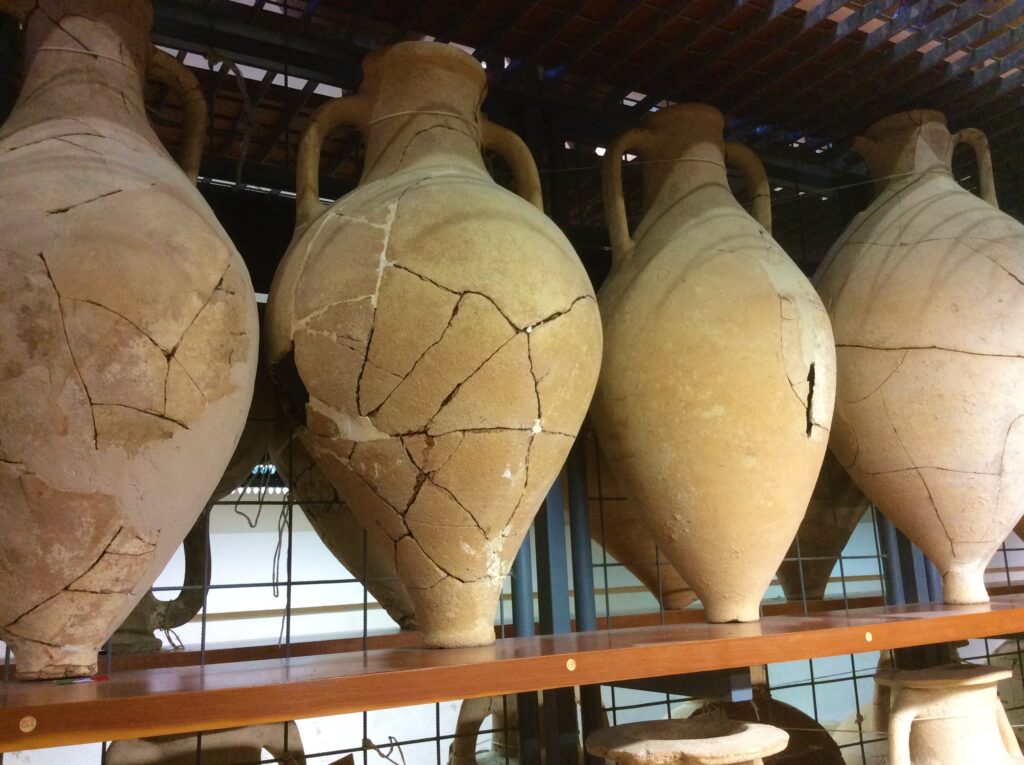 The wine was exported on sailing ships charged with hundreds of barrels from Scoglitti, Vittoria trading port. Soon the wine conquered Italian, French, British and German markets. Chronicles of June 1885 report of the thriving business of exporting wine to Marseilles and of the 1500 farm carts that dayly transported barrels to the sailing ships moored in Scoglitti.

Traces of the wine business on the route between Catania and Kamarina (through Lentini, Caltagirone, Acate, Vittoria, and Comiso) are still evident. The route preserves millstones, warehouse, furnaces for the making of wine amphorae (especially in Caltagirone) and ended in Kamarina, which port was the natural commercial hub for the production in southern Sicily. From Kamarina the famous “Mesopotamium”, the wine produced between Ippari and Dirillo rivers, was exported. The rivers depicted on Kamarina coins were found in Pompei and Carthage archaeological sites, on amphorae bearing the inscription ME and MES, meaning “Mesopotamium”, the place of origin. 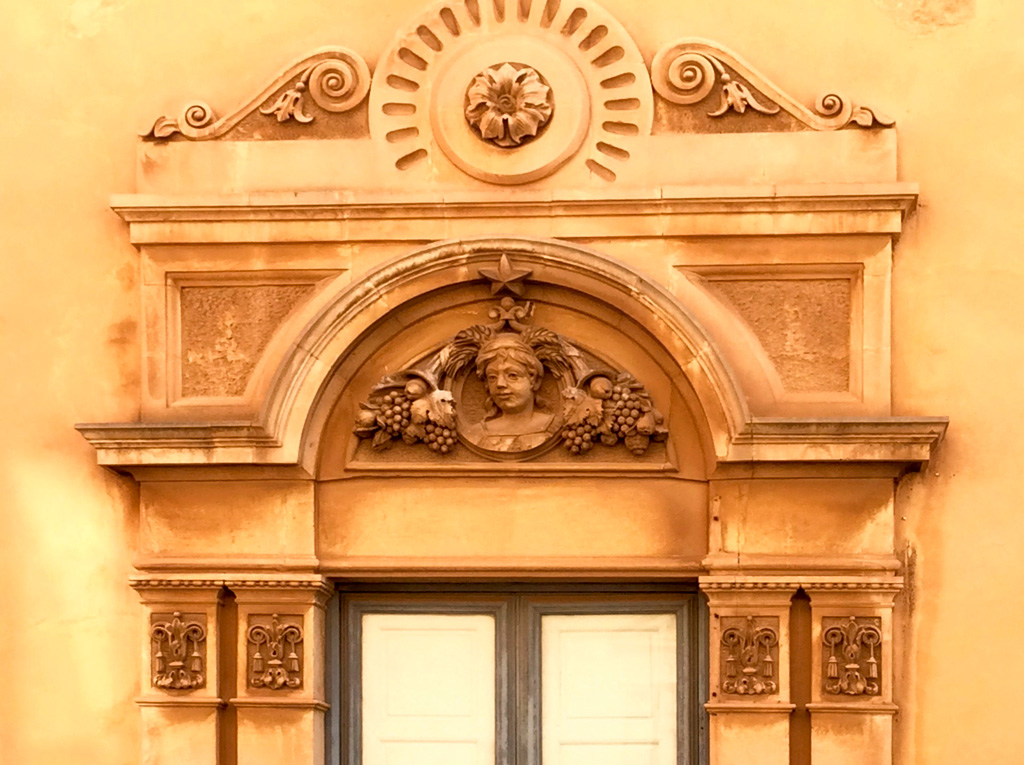 Another evidence of the volume of the trade based on wine production are the numerous wine amphorae found on the seabed just in front of the Archaeological Museum of Kamarina, that today preserves them.
Wine cultural influence permeated architectural ornaments, as the remarkable friezes that decorate the Castel of the Counts of Modica and the Cathedral dedicated to St. Johtn the Baptist. Vittoria Colonna Henriquez, the woman that founded the city of Vittoria in 1607, promoted wine production granting privileges to wine growers. To celebrate the foundation, in 1607 she gifted 75 settlers a hectar of land if they would cultivate grapes on two, so favoring the quick enlargement of the vineyard in different sections of the region, till the wine production, enhanced by the natural fertility of the soil, became a relevant fact in the whole area.