The Cerasuolo di Vittoria DOCG owes its fineness to the magic climate, the concentious care of the passioned makers and the richness of its vines, Nero d’Avola and Frappato, that compose it in 50 to70% and 30 to 50% respectively. 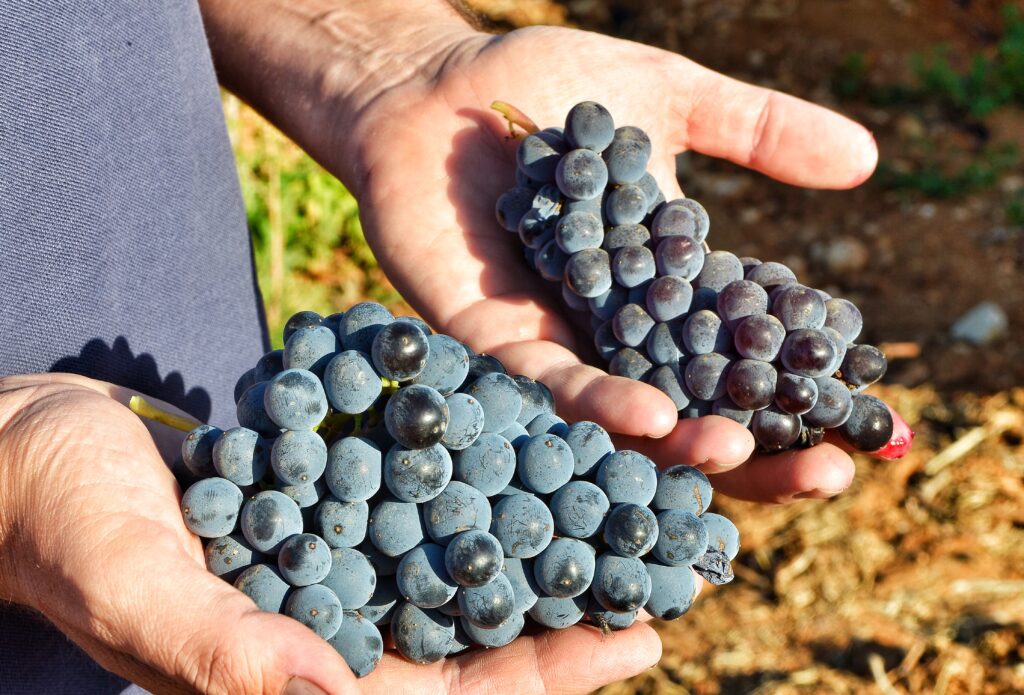 The origin and the history of the Nero d’Avola, called Calabrian (Calavrisi, in Sicilian dialect), blend with the Calabrian vines history, but there are good reasons to believe it native of the Siracusa territory, especially around Avola. A hypothesis derives the name Calavrisi from a Greek island and city: Calauria, therefore Calavrisi indicating grapes arrived “from Calauria” with the Greeks colonization. Other scholars derives the name from Calea, another Sicilian world for “racina” (grape) and Aulisi, “from Avola”.

Nero d’Avola wine shows rubin red colour with violet tinges in the glass. The aroma is complex: violet flowery, liquorice and cloves spicy, rasperry and cherry fruited. The fresh taste is intense and overcome the astringency, the body is more than full. The grapes ripe in the second decade of September.

Local vine, native of Vittoria area. The celebrated amphelographist Antonio Mendola was the first to describe the vines as autoctone of the Vittoria municipality area, where it was grown by the XVII century.

The vine gives wines of low chromatic intensity, but that are intensely spicy, flowery and fruity to nose. The body is rich to palate, tannins are balanced, it is fresh and highly fine. Grapes ripe at the end of September.